Skip to content Skip to navigation
See our Campus Ready site for most up to date information about the fall semester.Campus ReadyCOVID Help
Interpersonal Development Lab 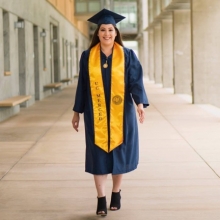 Vanessa graduated in 2017 with a B.A. in Sociology from the University of California, Merced. She has been actively involved with the Interpersonal Development Lab for over 3 years and loves contributing to research. She is currently applying to Masters of Social Work programs and hopes to become a school social worker. During her spare time, Vanessa loves to travel and spend time with friends and family.

Undergraduate students play a vital role in our lab as research assistants (RAs). Primary lab responsibilities for undergraduate RAs include interacting with parents and children, and administering experimental stimuli and procedures. RAs also assist in coding experimental and observational data, as well as recruiting families to participate in our research studies.

Diana  is am a 4th year student from Petaluma, CA. She is majoring in human biology with a minor in psychology, and is interested in working with children in the future and becoming a pediatrician. Diana is a student ambassador for 10,000 Degrees on campus a non-profit organization from the Bay Area with a Cohort here in Merced. She is also part of a professional pre-medical fraternity. In her free time Diana enjoys spending time with her family or watching movies. 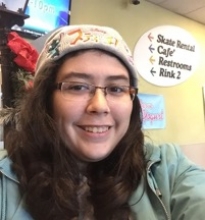 Xitlali is a fourth year student who is from Sacramento, CA. She is majoring in biological sciences and minoring in Psychology. She plans to attend medical school and become a Neonatologist (a doctor that specializes in infants, specifically premature infants). Xitlali is Vice President of her medical fraternity and works as a Resident Assistant. When not working or studying Xitlali enjoys watching Disney movies, spending time with friends, and being crafty.

Arby is a third-year undergraduate from Union City, CA majoring in Psychology with a minor in Natural Sciences Education. After getting his B.A from UC Merced, he plans to apply to graduate school in hopes to become a Professor of Psychology. Other than volunteering in the Interpersonal Development lab, Arby enjoys listening to music, being outdoors, and cooking. 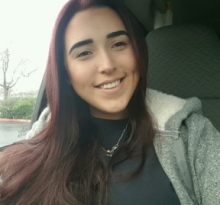 Rachel is a fourth-year student from Hayward, CA. She is majoring in psychology and hopes to attend graduate school at Holy Names in Oakland, CA. She wants to obtain her Masters Degree in Forensic Psychology and Counseling. She is interested in working in family courts and helping with mediation cases. On her spare time she likes to take naps with her cat Helo and go out to eat with friends. 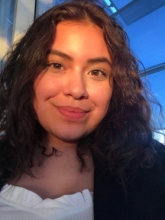 Melissa K. Reyes is a third year from Boyle Heights, California. She is majoring in psychology and minoring in sociology. Melissa plans to attend graduate school and ultimately start her own non-profit organization that assists students and families in undeserving communities; with things ranging from academic advising and all around support. She enjoys writing, watching interior design shows, and spending time with friends and family during her free time. 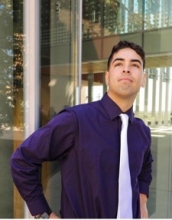 Itzcoatl Silva (Izzy) is a 4th year undergraduate student at UC Merced in CA, majoring as a Human biology and Psychology major. Izzy plans to apply for medical school and would like to work as a pediatric psychiatrist. When he is not in school he enjoys playing basketball, traveling, and spending time with friends and family.

Hilda is a third year Sociology major with a Psychology minor from Montclair, CA. She is interested in understanding people and being able to be of service to them. She is very interested in developmental psychology and emotional intelligence. Currently, Hilda is a Behavioral Therapist but plans to obtain her MSW and become a LCSW one day. On her spare time, she enjoys dancing, reading, writing, and spending time with her friends and family. 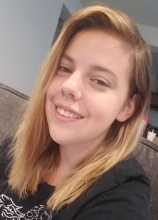 Bailey Weikel-Feekes is a 2nd year Psychology major and Cognitive Science minor from Glendale, CA. She plans to pursue a PhD in Psychology and hopes to become a professor in the future. When she is not working hard she enjoys singing, being with friends, and taking photos of sunsets.