Skip to content Skip to navigation
See our Campus Ready site for the most up to date information about instruction.Campus ReadyCOVID Help
Interpersonal Development Lab

This project is looking deeper into how much infants appreciate others’ emotions, specifically the events preceding an emotional expression. For example, do infants understand that positive emotions usually follow the attainment of a goal? Or that sadness typically follows the loss of a desired goal? In this study, children observe two individuals interacting in emotion-elicting contexts, such as struggling to share a toy. The eliciting context is then paired with an emotional expression that is likely to be expected or unexpected given the context. We observe the child's reaction to determine whether the infant has an expectation for different emotional antecedent-consequent pairings.

One way to understand individuals' thoughts and beliefs of emotions is by examining how they attend to and describe emotional contexts. This study incorperates both college students and parent-child pairs to examine how individuals talk about various emotions. Participants for this research study complete activities such as describing images in a picture book or that are displayed on a computer screen. 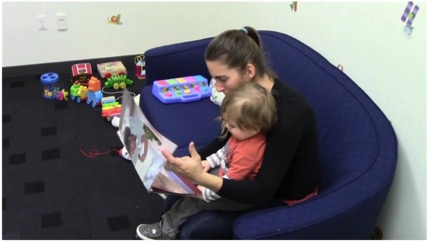 Emotions play an important role in understanding others’ intentions. Observing another person interact emotionally with the world helps us both predict that person’s future actions and interact with that person in an adaptive manner. This study focuses on infants’ ability to understand how another person’s emotions toward objects at an earlier time can assist one's future interactions with that individual to respond in an appropriate fashion.

The Effect of Walking on Psychological Development

Specific transitions in development can spark change in a wide variety of psychological domains. One such transition is the onset of walking. Our lab has found that a number of psychological changes occur when infants begin to walk. For example, in comparison with same-aged crawling infants, walking infants demonstrate increased language development, ability to follow communicative cues, representation of objects and problem-solving skills. Our lab is investigating how the onset of walking is related to changes in each of the above abilities to better understand the functional consequences of motoric transitions on psychological development.

Below is an example of a naturalistic observation of how parents and infants interact. This is a walking infant who has engaged in extensive exploration of one of our lab rooms. 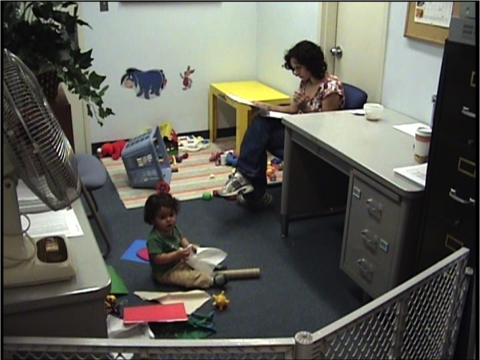 Participation in this research can include a visit to our lab on the UC Merced campus, an observation in the child's home, or simply the parent completing questionnaires in the comfort of their home.

This project seeks to explore infants' developing language environment. The child's language environemnt has a profound effect on learning new words and taking part in interpersonal interactions. Participating families are mailed an audio recording device that captures 16 hours of the infant's day. Families mail the recorder back to us and we use computer software to analyze the recording for a number of aspects, such as the number of words the infant heard, the number of words the infant said, the average sentence length, and how frequently the infant and parent engaged in conversational turn taking. 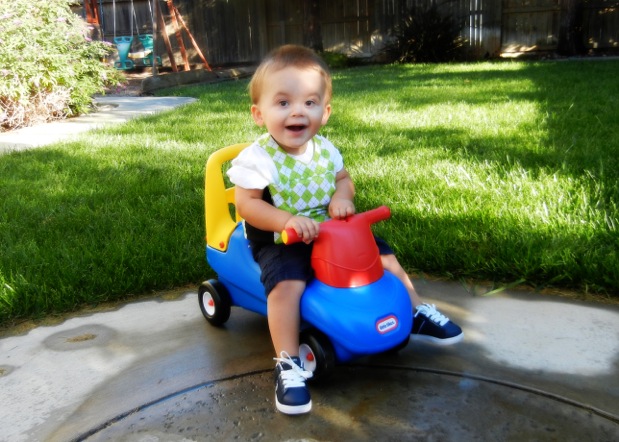 The child above is wearing a specially designed vest that holds the language recorder (the recorder is kept in the rectangular pocket on the front of the vest). This unobstrusive device does not affect infants' typical behavior. Parents can turn off the device if sensitive informaiton is provided and can tell us to edit portions of the recording that they do not wish to be analyzed. Participating familes can also receive descriptive reports of their children's language environment at the conclusion of the study.